Nat Goldhaber addresses Women in Cleantech and Sustainability on the importance of women in successful startup companies.

Uploaded by Women In Cleantech and Sustainability on 2016-02-21. 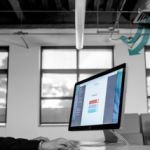 “Over the last ten years or so, we’ve been interested in algorithms to control buildings. We looked at both increasing sensors in buildings and running fancy algorithms to automate settings. I’ve never seen anything [like what] Comfy does,” said Nat Goldhaber, The company does not rely on robots to deliver efficiency, as its name would suggest. It relies on humans with smartphones.

On Saturday, October 19, more than 50 people gathered at the Berkeley Transcendental Meditation (TM) Center, to celebrate its founding (in 1967) and its founder Nat Goldhaber of Berkeley.

Peter Delevett covers startups and venture capital for the San Jose Mercury News. He’s been a journalist in Silicon Valley since the dot-com daze. Elevator Pitch: Claremont Creek’s Nat Goldhaber In this week’s installment of Elevator Pitch, we meet a rather unconventional gent. Nat Goldhaber studied transcendental meditation under Maharishi Mahesh Yogi (guru to the Beatles); played a key role in the Three Mile Island nuclear meltdown; and was the 2000 Reform Party nominee for vice-president of the United States. (For a while, anyway.) But Goldhaber also boasts serious tech chops. The Three Mile Island event — at which Goldhaber […]

(From my FaceBook status) Do you really know the difference between an assault weapon and a hunting rifle? I think you’ll be surprised. Unfortunately – or fortunately depending on your viewpoint – there is essentially no difference, certainly no difference in their lethality. Many hunting rifles take clips filled with ammunition. Typically, a clip would hold 10 or less rounds. In California today, 10 rounds is the largest clip you can buy for any weapon. In other states, it is possible to buy much larger clips. The rounds for hunting rifles vary in size, but for larger game they are […]

(From my FaceBook status) On the day that I was 18, I went to the Old West Gun Room in El Cerrito, California and bought my first 22 rifle. I was so happy and proud to be able to pull the trigger and see objects many dozens of feet away from me jump to my will. When I was in graduate school at UC Berkeley, I bought my first 45 caliber semiautomatic pistol, a Colt 1911 Gold Cup. Yes, I love guns. I love the sound of their report. I love the smell of the gunpowder. I love to observe the […]

March 25, 2012  source: GigaOM Earth2Tech Update: March 27, 2012 – see GigaOM’s followup article: The story of Energy Cache, a drop-dead simple energy idea by Katie Fehrenbacher from an extensive interview with the founder and President of Energy Cache, Aaron Fyke, giving the details of how the technology works, how the company came into being, where it’s headed and how Bill Gates and Bill Gross became involved. Energy Cache, one of Claremont Creek Ventures’ portfolio companies, was featured in GigaOM’s Earth2Tech blog this past Sunday. Energy Cache, an Idealab company, develops low-cost energy storage through a series of gravel lift arrays. The system […]

February 14, 2011  source: this article was a guest post at I was heartened this month to see that the Private Equity Growth Capital Council launched a multi-million-dollar education and public affairs campaign on the Internet highlighting the basics of private equity. Hopefully, this will address a general lack of understanding about private equity, which, among other things, is too often confused with venture capital. This misperception was in the spotlight last month, when Republican and Democratic attacks focused on Mitt Romney’s time as the head of private equity firm Bain Capital. The message was that Romney was a “vulture […]

December 12, 2011  source: originally published at  Pessimism about the clean tech space has been on the rise recently, thanks in part to a pair of high profile failures of government-backed companies. Congress and the media have pounced on the carrion like starving scavengers. In the frenzy of sensationalism, it is hard for the public to derive a reasoned understanding of the facts and even more difficult to feel comfortable about the future. An attitude of pessimism is understandable, given current events. Yet it’s short sighted. The “doom and gloom” scenarios being posited by some parties are wildly overblown. The […]

My Posts from Claremont Creek Ventures